Your location appears to be: United States

The Naughty Boys of Finchley is a loose conglomeration of boys who simply failed to grow up. A bit like Peter Pan, if you will, but he (Peter Pan, that is) is never recorded as having played golf, gone fishing, played pool nor pétanque. He probably also never ducked work to go to the pub and watch the rugby or the Olympics. If we think it's fun we do it, and occasionally we do this work thing which subsidises our activities. Our home strip is red with white letters; away is yellow with green writing. Depending on the venue, we wear one or other combination while we practise our naughtiness.

How it all began 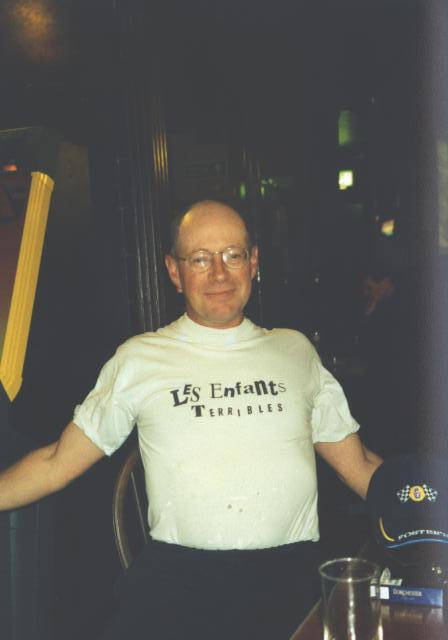 The story of the Naughty Boys of Finchley began with two ordinary blokes (NRD and NDF) who were hardly naughty at all wearing Les Enfants Terribles T-shirts. One night at a raffle in the Malt and Hops one of them won a prize (a gallon of beer, fittingly), and the cry went up "There's one for the Naughty Boys". A monster was born...

Having got a name as a Naughty Boy, NRD decided that he should mark this status by setting up a voicemail message that went like this: "Hello, you've reached the Naughty Boy of Finchley, but I can't get to the phone right now because I'm being too naughty". He still has that momentous message to this day.

The Naughty Boys of Finchley was founded as an association in October 2003 following a fairly drunken meeting at the Malt and Hops pub in North Finchley. The Malt and Hops looks like this: 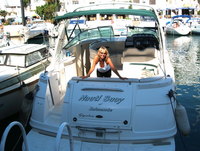 In October 2005 we heard from a guy who had stumbled across our website because he used to have a boat that was cleverly named "Nauti Buoy". He kindly submitted a photo: